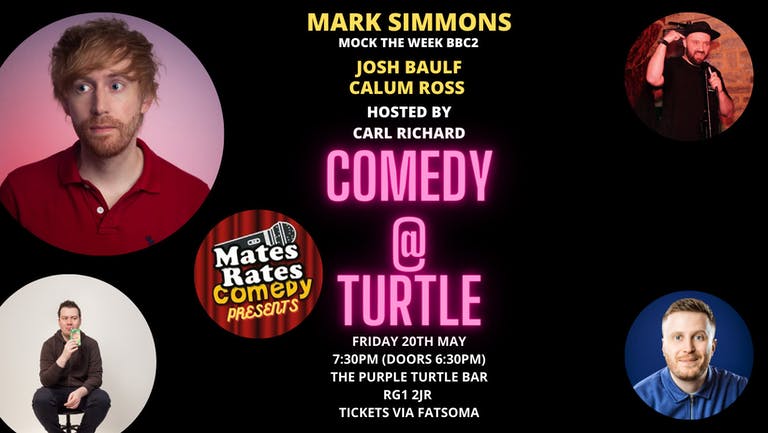 Stand Up Comedy in Reading is back. Mates Rates Comedy is proud to present Comedy at Turtle with Headliner Mark Simmons.

Mark is an exceptional one-liner comedian. It won him a place in Dave’s prestigious Best Joke of The Fringe in Edinburgh 2017. His solo show at the festival, One-Linerer was also a huge hit, with sell out shows every day and was nominated Best Show by the Amused Moose Comedy Award Fringe Show 2017. He then continued this success with his follow-up show, One-Linererer, which was also a sell out!

“Simmons delivered a lot of excellent funny one liners in a ten-minute set which raced by. I loved his subtle, well-paced delivery and the way he deliberately misdirected the audience using his tone of voice before surprising them with a line which was the last thing they expected…hilarious.” - Bruce Dessau, Beyond The Joke

A cross between Micky Flanagan and Russell Howard. - CHORTLE