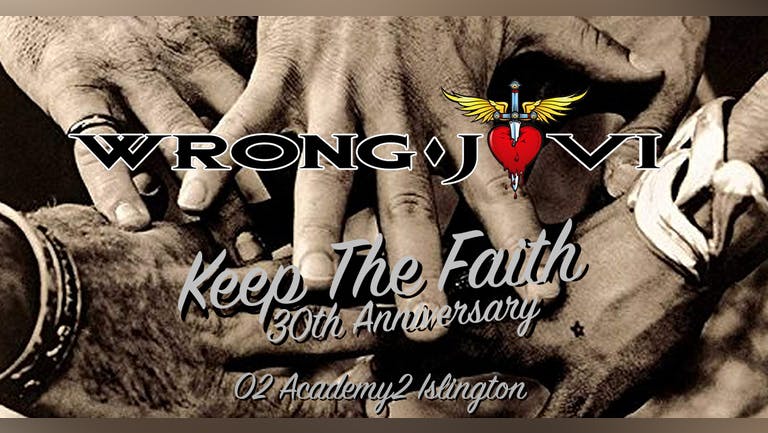 Club de Fromage are excited to announce the return of Wrong Jovi as they mark the 30th Anniversary of Bon Jovi's classic 'Keep The Faith' album.

Featuring the smash hit singles 'In These Arms', 'Bed of Roses', 'I'll Sleep When I'm Dead' and a host of other rockers that helped make the album a platinum no.1 in the U.K.

Get your lighters ready and join the UK's hottest and youngest Bon Jovi tribute for the night of your life!

** Tickets purchased for the postponed October 2020 and 2021 Wrong Jovi gigs at O2 Academy2 Islington are valid for this show.