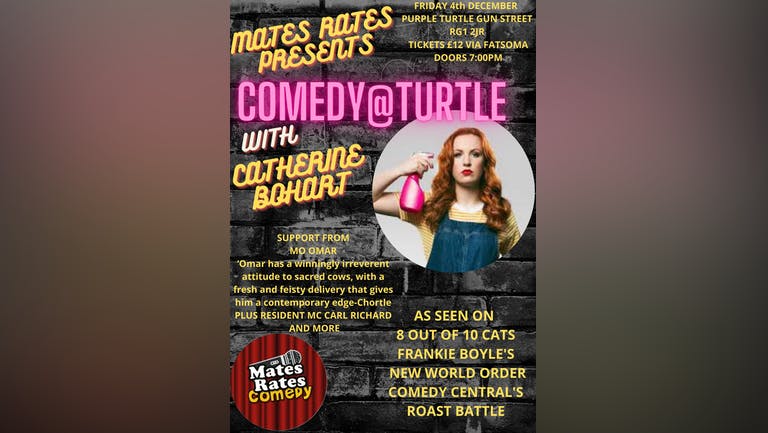 Mates Rates Comedy has teamed up with The Purple Turtle to bring you the best acts from the UK comedy scene. We will have TV names, up and coming circuit comics and as always, you will be guided along by our trusty MC Carl Richard.

"The perfect comedy package" - Beyond the Joke

‘Omar has a winningly irreverent attitude to sacred cows, with a fresh and feisty delivery that gives him a contemporary edge’ - Chortle

Louise ‘can certainly breathe life into any story’ (Steve Bennett - Chortle), is very engaging to watch and has a "A strong flavour of Victoria Wood" (Bruce Dessau.)

The show takes place downstairs at The Purple Turtle between 7:30-9:30pm (doors open 7pm). Due to social distancing ticket are limited and only available in advance.