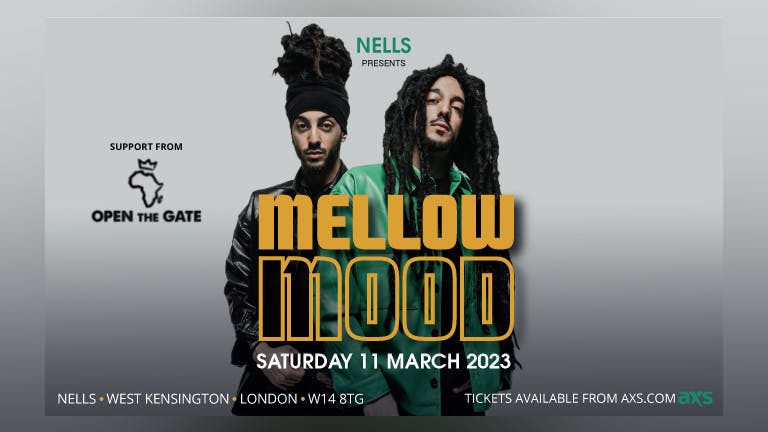 With tens of millions of streams, Mellow Mood are bringing their established reggae act to @nellslondon, London on Saturday 11th March 2023. They've been busy touring the globe, and will bring all the hits to this UK show!

The band officially debuted in 2009 with their first studio album, Move!, produced by Paolo Baldini, who was later to become their sound architect. The album was intended to be their first "move" on the reggae scene and gained unexpected international success. Thanks to their heartfelt live shows, Rototom Sunsplash named Mellow Mood "best Italian reggae band", and ranked them third at European level in the same year. The two singles off the album, "Only You" and "Dance Inna Babylon", now have a total of more than fifty million views on YouTube.