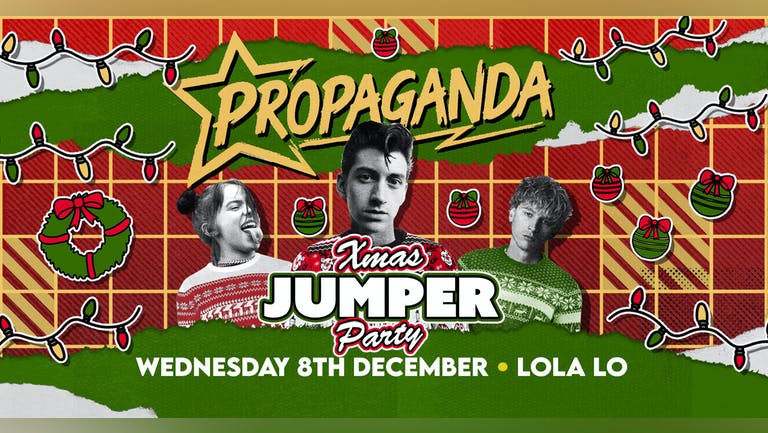 Time to crack out your ugliest and most festive jumper for Propaganda's Xmas Jumper Party!