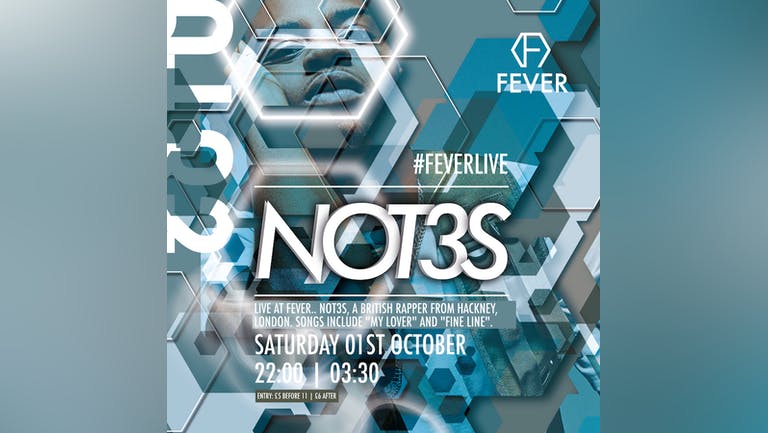 Not3s  is a British singer-songwriter, rapper and actor from Hackney, London. His songs include "My Lover" and "Fine Line", both of which are collaborations with Mabel.

His breakthrough song, "Addison Lee", has been described as a viral hit, achieving 16 million views on GRM Daily and has achieved much publicity for the singer.

The song, which takes its name from the London-based ride sharing firm, achieved such popularity that Not3s was invited to the firm's Christmas party in KOKO to perform the song.