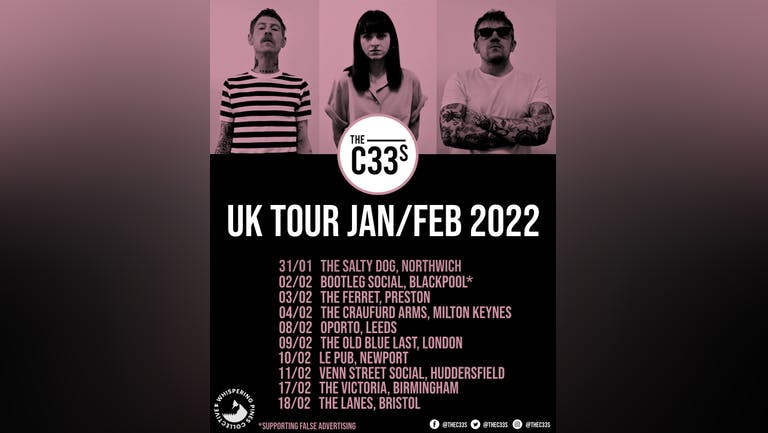 *Tonights show is postponed due to ill health, a new date will be announced asap so please keep hold of tickets where you can. Refunds available if needed, apologies for the inconvenience*

Soon after releasing fourth single 'Harpurhey Hostility' in June 2020, The C33s were back in the studio. During a break between national lockdowns in July 2020, they managed to record a new EP and have since released the title track 'Benzodiac' with the rest of the EP being released on 10" vinyl early 2022.

"A dead exciting new band from Manchester. Garagey, gritty & will leave a scar on your mind. The future is bright. The future is The C33s." Chris Hawkins, BBC 6 MUSIC

"If Quentin Tarantino invented a band to write tunes for his future films they would be called The C33s. One of the best debuts this year for me." (Louder Than War).