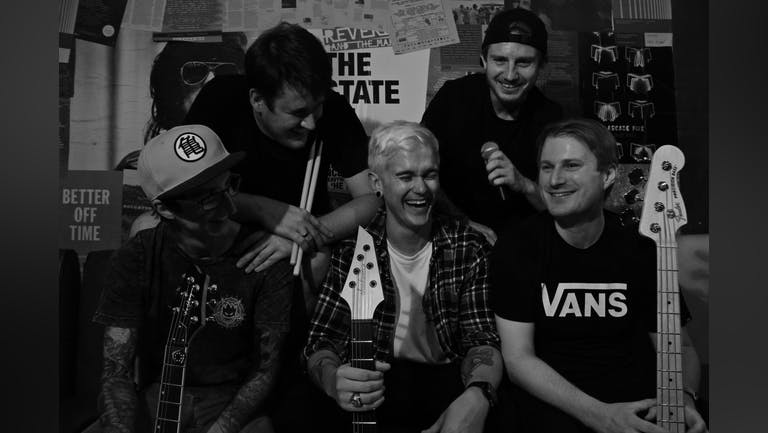 Stay Safe's main goal has always been to create upbeat, catchy pop-punk tracks with heart to help spread positivity through a negative time.

The band's first 4 track self-titled EP was released in July '21 after being created completely as a DIY project; writing, recording, mixing and mastering all done from home- during this time, Higham stepped away from bassist responsibilities and was replaced by Scott Easton.

This line-up change was debuted at Leeds Key Club alongside Stray Weather to a great reception- playing new tracks alongside their pop punk cover of Robbie Williams' "Rock DJ".

The UK based band are currently writing and recording new music with production from Cory Bergeron (Locket) whilst playing numerous shows across the North of England.