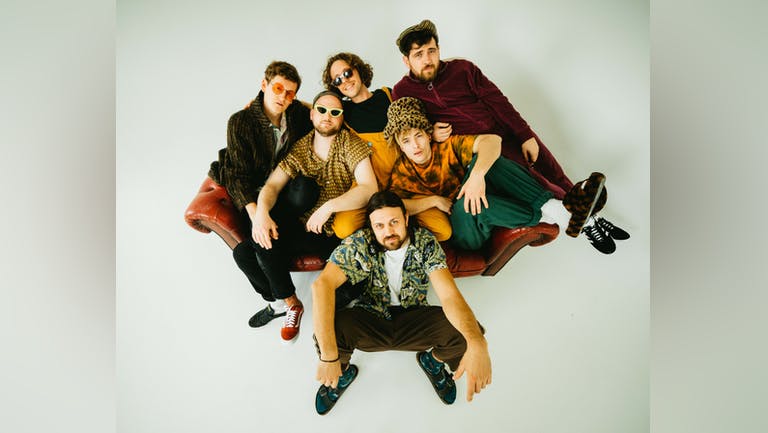 Bare Jams captures the sounds of that one summer you’ll never forget. Starting out as the passion project of Ollie Coombes and Sam James, the band has grown and evolved from the modest duo busking in 2011, into the full fat festival force it is today. Now a six strong collective, the members come together to blend a tight fusion of genres, seamlessly mixing flavours of reggae, dub, soul, pop and rock into a unique, collaborative sound. This sound is delivered with exuberance and relentless energy, creating a stage presence radiating love and good times. Never losing this joie de vivre, their multifaceted lyrics offer insight into a journey of highs and lows, struggles and triumphs; their veiled metaphors provide listeners with the opportunity to find solace in their own interpretations of the words, coupled with a solid backbone of eternal optimism which is delivered via the music.

2015 saw the band drop their debut EP ‘Cold Treats’, the title track of which has racked up over 800,000 streams on Spotify and helped them gain worldwide attention. Goodtimes Music signed the group for the follow up ‘Three Words EP’ in 2017 featuring two very sonically varied singles ‘Strange Mind’ & ‘Wind In The Willows’.

The success of both EPs is manifested in the support of fans in the UK and Europe and the increase of the band’s audiences in both territories, allowing them to pursue an intense live show schedule. Headlining their own UK and Dutch club shows, as well as supporting The Wailers, La Pegatina, Will and the People, Tankus the Henge and most recently the mighty Chainska Brassika on their 2-week UK tour. On top of these opportunities, the band had a summer schedule packed with 18 UK and European festival dates including Boomtown Fair, Isle of Wight Festival and Bockor Rock experiencing a connection with listeners both old and new.

In store for Bare Jams in 2019 is a continuation of their jubilant live performances in the UK and the rest of Europe, plus, the highly anticipated release of their debut studio album, which recent singles ‘Ebbs & Flows’ and ‘Fishbowl’ have already served an enticing taste of what’s to come.