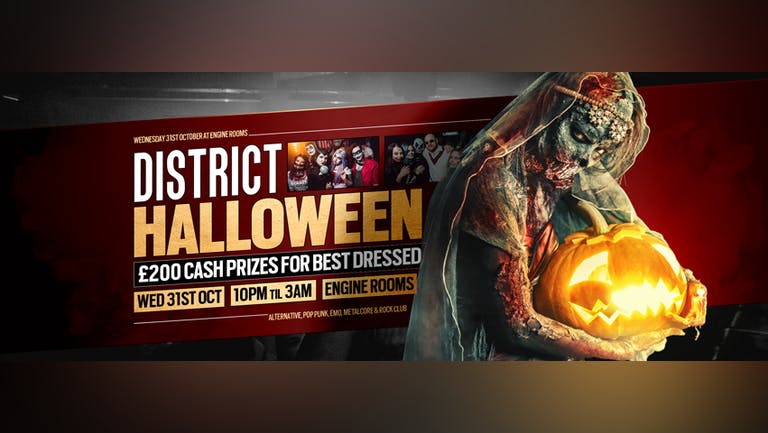 It's everyone's favourite day of the year. Get ready for a very busy and very messy night as we all chuck on our most fiendish costumes, decorate Engine Rooms like you've never seen before, fill the venue with UV cannons, and rock out to the best alternative anthems right through until the early hours!

That's right, we're going to be giving away £200 in cash to the people with the most impressive costumes, with prizes for the winner and runners up as voted for by you guys on the night! Last year we saw huge effort put into everyone's outfits and this year we're looking forward to the level being upped even further!

Draw inspiration from anywhere you like, you can go for impressive, scary, funny, anything that shows you've made an effort!

Expect a huge range of ALT / ROCK / METAL / POP-PUNK from our resident DJs, playing tunes from the likes of:

► The Donkie Kong Cocktail - £4
Our amazing signature cocktail, filled with three shots of alcohol and tasty mixer. It's both strong and cheap, so make sure you grab one and try it for yourself!

► The Super Donkie Kong - £7.50
If one pint of our elixir isn't big enough for you, grab a double-pint cup of Donkie Kong and save yourself 50p!