This event has already happened! Click here to see upcoming events from Quids In - Win The Door Money Every Tuesday 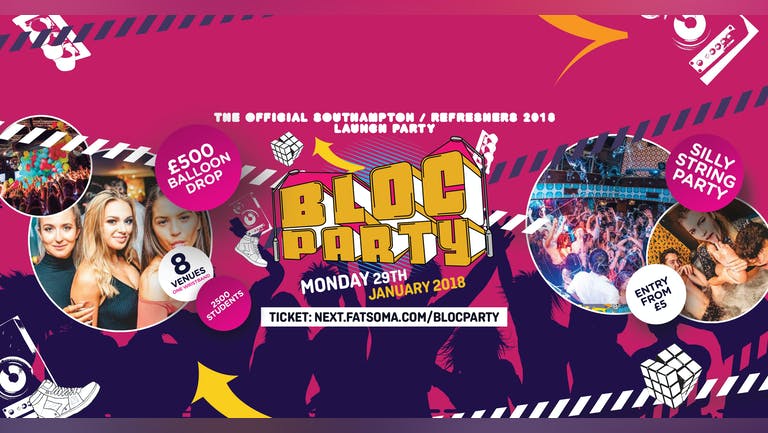 By Quids In - Win The Door Money Every Tuesday

The 1,000 free chicken nuggets being given out around Bedford Place between 1030pm and 12am.

* Tickets purchased through our Fatsoma Shop can be swapped for a wristband on the night, between 4pm and 11pm, at Orange Rooms.

* Bloc Party is included within the SUSU Re-freshers Week Party Pass and you don’t need a separate wristband.

* Individual tickets purchased through the University Box Office MUST be collected from the SUSU Box Office prior to the event).

* You can even become a rep and earn money selling tickets to your friends.

* This event is expected to sell out so please buy your tickets early to avoid disappointment. It has sold out the last 7 years running!

Quids In - Win The Door Money Every Tuesday