This event has already happened! Click here to see upcoming events from beatcheck 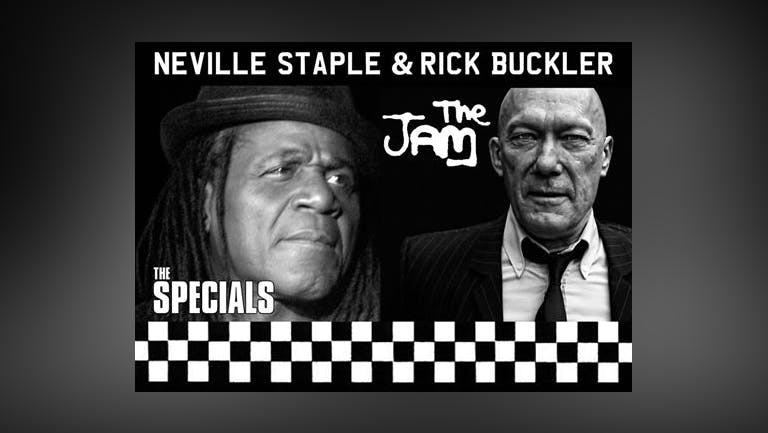 Hosted by two of the UKs most iconic and influential bands, The Jam & The Specials.

A night of film, readings, interviews and audience conversation, Rick Buckler and Neville Staple put on a rare, totally unique and intimate evening.

18 consecutive Top 40 singles in the UK from their debut in 1977 to their break-up in December 1982.  "That's Entertainment" and "Just Who Is the 5 O'Clock Hero?" remained the best-selling import singles of all time in the UK.

When Paul Weller and Rick Buckler kicked off the Jam in the 70s they created one of the most influential bands of all time.

After seven consecutive UK Top 10 singles between 1979 and 1981 including several UK hit number one records. The Specials are known to be British founders of two tone and ska.

The Specials represented a generation fighting recession, racism and oppression changing the musical landscape of the UK through the 80s to this very day.

This is a seated show with only 150 tickets available, it will sell out and will be a once in a life time show.